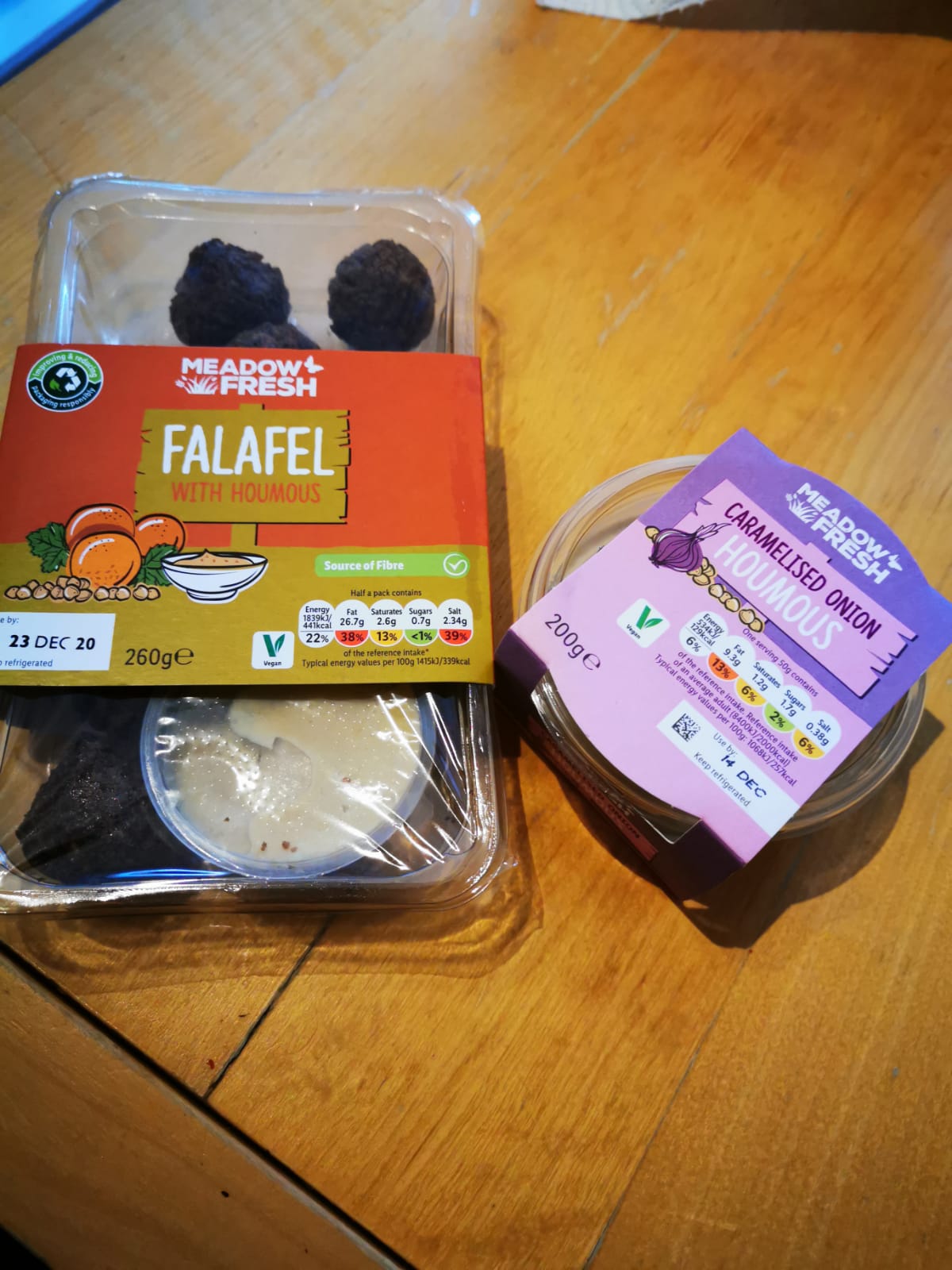 Many thanks to Ms J for this review. Check out her blog for more from her:https://otherjenn.wordpress.com/

I had lost enthusiasm for the day quite early on. I had slowly been reading the Bible over the week in an attempt to learn more about religion. For breakfast I had an (un)healthy serving of Leviticus… The one where you are told to love your neighbour but also to stone people and given very specific instructions on how to slaughter animals for sacrifice. It was a trip to say the least. As I reached the end I was left with a real sense of uneasiness.

I escaped to the kitchen to make myself a cup of camomile tea (I would have preferred something stronger but it was still morning). My housemate could sense my distress and suggested I join him on his errands. One of these errands was to Lidl.
I did not really need anything except for margarine but took a basket anyway. As I wandered aimlessly around the aisles trying to remember if I needed anything else, I saw a pack of falafels. I felt a twinkle of enthusiasm creep back into me. I inspected the falafels and they looked kind of strange. They glistened with a slight condensation or maybe oil, but I decided to remain optimistic and bought them anyway. I was a little bit dubious over the amount of houmous that came in the pack and went to get a separate tub of caramelized houmous (also in case they turned out to be awful – falawful- lols and I needed to cover up the taste).

The instructions on the back suggested that they could be eaten cold, heated in an oven, or blitzed in the microwave. Feeling adventurous I decided to try all three. I certainly had nothing else to do and was doing my best to put off reading the next book in the Bible. A vegan can only take so much instruction on how to slaughter an animal for sacrifice in one day.

As I set the oven and waited for it to heat up, I started my investigation. I took one falafel from the pack. It was sort of bouncy. For a moment I considered throwing it against the wall to see if it would bounce back but resisted the urge. I split the falafel open and a strong smell of cumin filled my nostrils. Almost to the point where I wanted to sneeze. Now I like cumin. But this was a lot of cumin. I could only hope it didn’t taste as strong. Thankfully, it did not! The flavour was actually quite nice. Although it was a bit dry.

The next step was to try them microwaved. The aroma of the microwaved falafel was delicious. The dryness of the cold falafel vanished, and I now had succulent balls of mushed up chickpeas. This made me even more excited to see how they would come out in the oven!

My timer beeped at me. It was time!
And mmm.. were they good. The outside had crisped a slight amount, giving a really satisfying sensation when biting into the soft middle. The oven was for sure the best way to prepare these!

I was pleasantly surprised by this purchase. I think it was £1.99. I opted to not take my receipt. Although, the houmous that came with it was a bit too tangy for my liking, I was glad to have my back-up pot!

Falafel- 4/5
Houmous- 2/5
Bread- none I’m too lazy
Salad- none, couldn’t be bothered
Intoxication- sober, although I’d rather have not been
Now off to see a priest…

One thought on “Faithful Falafel”