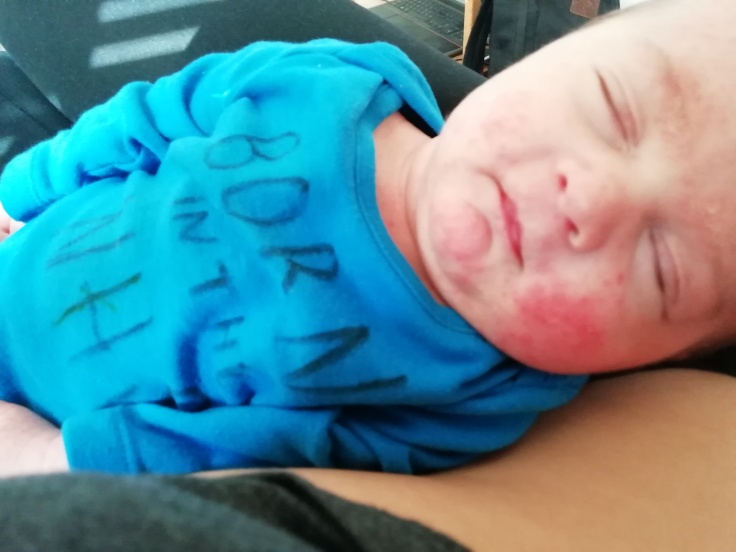 You can tell that austerity has hit hospitals hard. There was a distinct lack of falafel on offer at the canteen and café. I had to get my husband to run out to a shop to bring my me post birth falafel and houmous. What a disgrace, brexit couldn’t come soon enough. Soon all that money we’ll be saving will be pumped directly into the hospitals and we’ll all be laughing our way to our banks. Actually, the NHS staff were all amazing throughout my pregnancy and birth and I couldn’t have asked for better care. Having said that, I was desperate to leave after being there for 24 hours and to begin a new stage in my life. So with our baby wrapped up like a falafel, we stepped out into the new world. 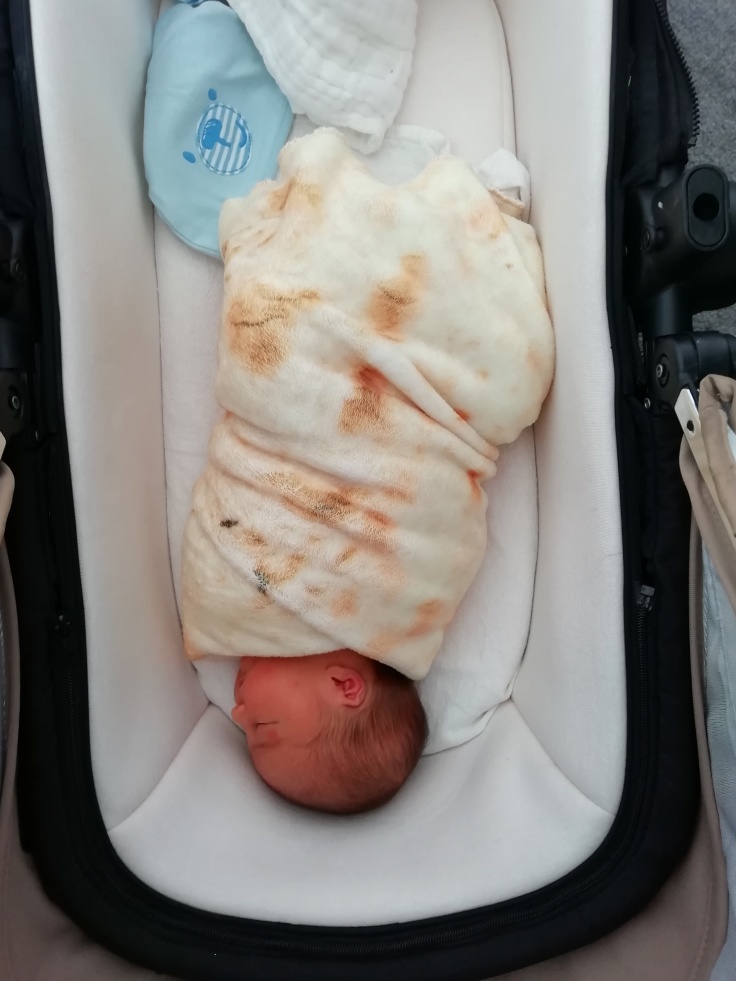 Who knew that babies would take up so much time, though? I’ve barely had time to eat any falafel at all, just grabbing a bit of hummus on the go every now and then in between feeds and nappy changes. For some reason I had thought newborns slept most of the day and night. This seems to be slightly inaccurate. My baby likes to attach himself to my nipple for all waking hours and only sleeps when he’s in a baby carrier or pushchair or in my arms. As a result of the combined sleeplessness and falafel shortage, I do feel slightly mad.

We managed to squeeze one in when the little one was 5 days old, but it was a bitter disappointment. We ordered from the real Greek, but while the falafel may have been authentic, the prices certainly weren’t, at an alarming 5.90 for one portion of falafel. In fact, the meal which barely fed 2 cost almost 20 pounds, a horrifying price for really quite standard food. The salad was tasty, but we had to add our own leaves to bulk out the meal. Other positives included the bread which was like a herby naan, and the falafel itself that was moist and flavoursome.