Thanks to our guest contributer this week!

Leaving the UK just as the Supreme Court’s Lady Hale did her spectacular mic drop might have put a pause on my EU/Brexit/ Election intake – but as my destination was Zurich in Switzerland, well, not so much. It’s all got a bit nasty with the EU here. The two sides have been trying to replace 120 separate rules on how to behave together, with just one umbrella agreement. They’ve been arguing for five whole years! Switzerland seems fierce in its determination to hike its own particular mountain trail – it’s in the single market but eschews the EU and EEA. It’s been neutral for centuries and through two world wars, puts up with a madly complex system of 26 separate Cantons, and 4 different official languages and lets people buy 10 different kinds of weed at the local 7/11 (no one else in Europe does that!) just for starters. The Swiss go to the polls in October and a hot issue is the big EU shark aiming to eat-up tiny, independent-minded Switzerland. 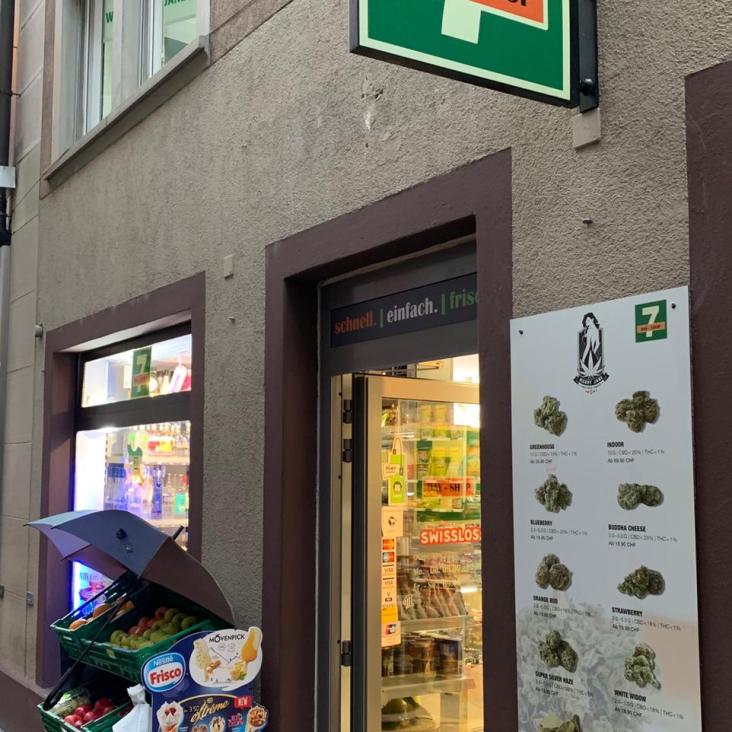 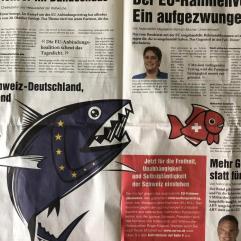 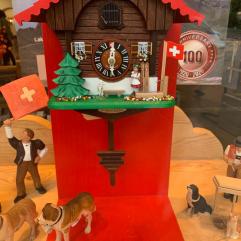 Speaking of eating-up, the Swiss have been holding their own against the other European countries in another sphere. It’s been voted the best country for Vegetarians and Vegans in Europe. Now, as I was expecting a lot of veal and cheese fondue, that was a relief! A quick accosting of locals identified “Tibits” as a chain to be visited. The central Zurich one is near the lake – and vast. Early evening it was rammed with a range of ages and types. The deal is a buffet – it’s all fresh – and nothing looks like it’s been lying about. There is reassuring ingredient/allergy information on everything in German and English. Which is lucky, as falafel are called “kichererbsenballchen” – and you wouldn’t want to have to negotiate that word on an empty stomach. There’s a nice Swiss precision to the place in that you take your food to the counter and it’s weighed on a scale – and you pay by how much you have piled on. 43 Swiss francs per kilo – which is quite an incentive to hold off on the chips. Noone seemed to find this odd, and the whole arrangement appeared to be working – well, like clockwork. As for taste. Well, they are not Middle Eastern falafel – they are less corriander green and the serving advice was to take a dollop of fruit chutney to go with them. Look – it wasn’t a fresh filled crunchy pitta delight – but it was ok. It was there. It was Vegan and the vibe was “hey – this is a big busy restaurant in a major city, with lots of options and eating like this is just normal here”. I ate my falafel, with the chutney, at an outdoor table as I watched the electric scooter commuting, bike-riding, tram-travelling commuters make their environmentally friendly ways home.

I could appreciate (well, tolerate) a different kind of falafel with a different accompanying sauce without insisting it change to my preference. And it occurred to me that I like the Swiss contrariness – and I am willing them to hold their own. They are hard to pigeon hole – and the EU shouldn’t be trying to squeeze them into one. It gives the whole show a bad name – just when we all need to calm down and respect what we can work out together – and provides ammo to those who depict the EU as a huge predatory shark with big boots and nasty teeth.

Tibits – Seefeldstrasse 2 Zurich
Price: By weight. Extortionate as it’s Switzerland but falafels are quite light.
Drink – fresh Ginger Lemonade 5/5 (they did sell beer!)
Bread- none
Salad – lots of yummy options including a South American avocado/tomato one. 4/5
Falafel itself – 3/5 with an open mind.
Overall 4/5