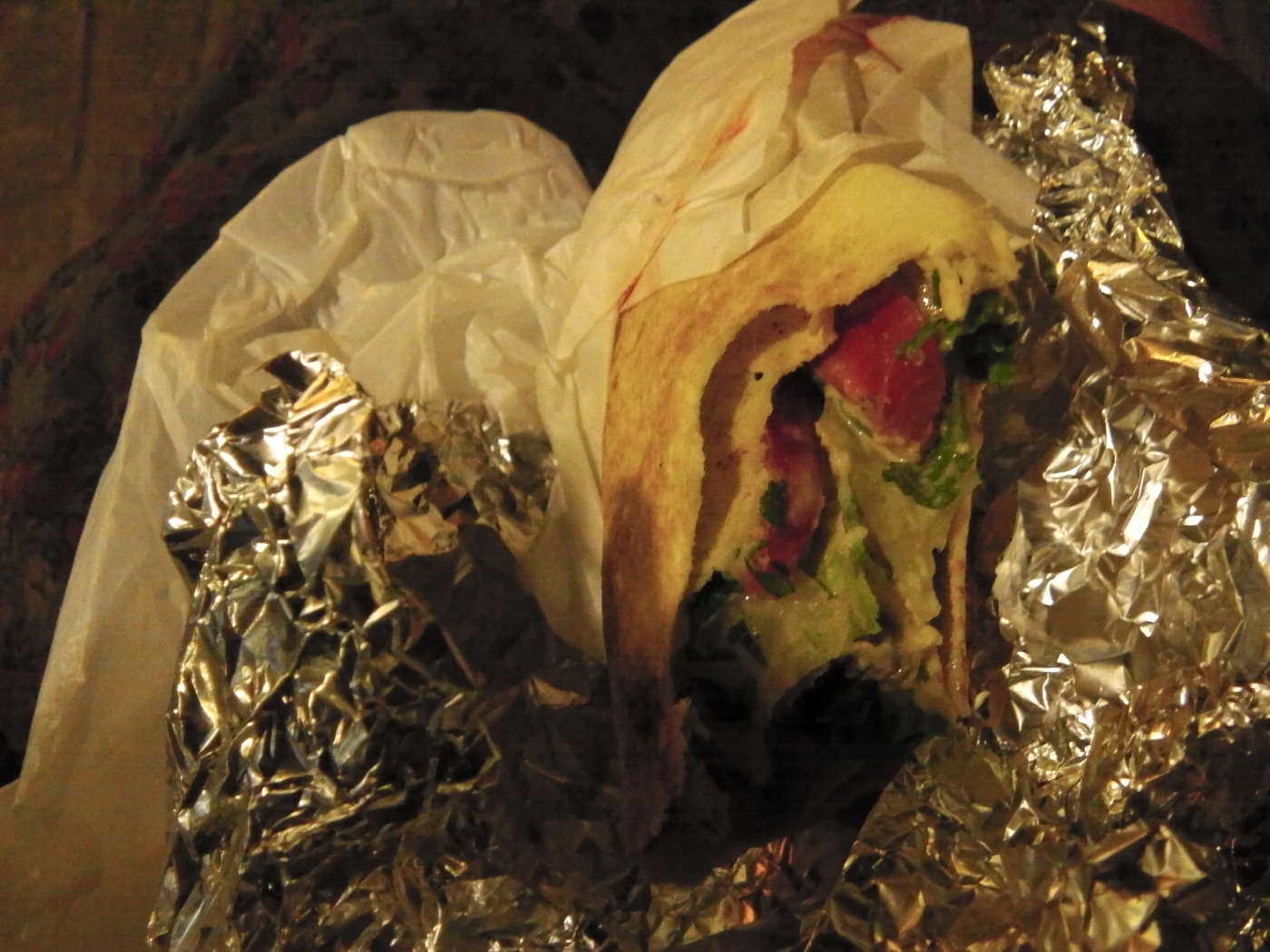 I was accidentally in Madrid. The only person I knew in the city claimed to be too ‘dizzy’ to meet up with me. And I remembered how much I hate big cities. The appeal of large majestic buildings and contemporary art was lost to me after one of the most horrific hitching experiences of my life. Don’t get me wrong, the person who gave me a lift was lovely. No, the horror came from the unrelentingly cruel sun combined with a 5 km walk by the side of a motorway with an insane amount of stuff. There was only one thing to do. I had conveniently selected a hostel that happened to be the cheapest and crucially, was on the same road as a falafel shop. ‘Too good to be true’ thought I, as I strolled over there, wobbling slightly due to, I’m pretty sure, a light bout of sun stroke! It was 38 degrees or something horrible like that. Not too hot for falafel, however, I said to myself as I walked into the restaurant-like place. It was definitely a bit more up market than your bog standard falafel takeaway, and the price certainly reflected this. Also, its Madrid, so, things are generally more expensive. That’s just the way it is. 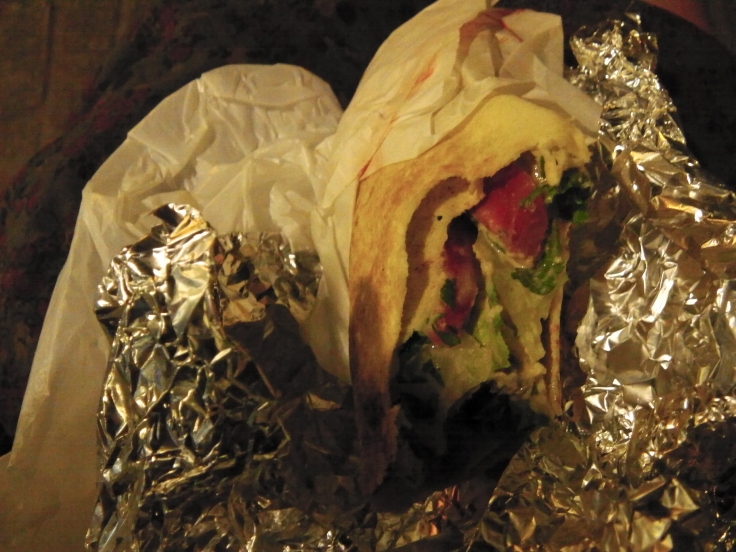 This falafel restaurants name has escaped me, but it was situated in Madrid 28014, at the intersection between calle de las huertas and plaza del angel. I also recall that it was restaurant boasting of general Lebanese food.

As mentioned previously, the falafel was a little more expensive than the fare you might get in other Spanish towns. At 4 euros, it was going to have to be an excellent falafel to make up for it.

The quality was good. The falafel was very well made, lightly fried, and the service was with a smile, the wait not too long. However, the salad could have been more interesting and the hummus was added only after I specifically requested it. The bread was bog standard, and it could have been bigger in general. No one wants a thin falafel.

Plus points for the hummus, which came at no extra price.