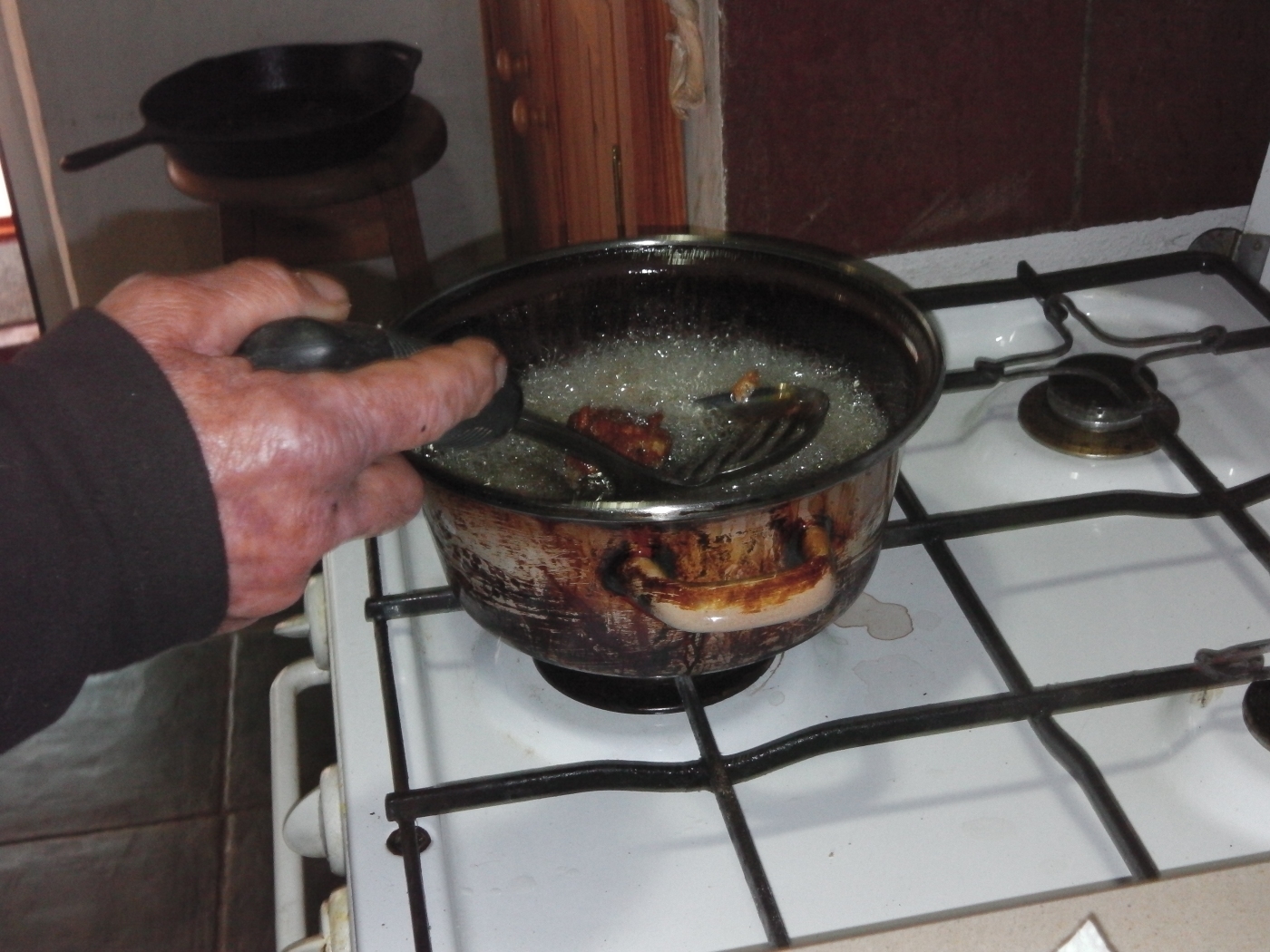 I’d really gone and done it this time. I was 9km from the nearest village of non-falafel bearing potential, for the next week at least. The taste of my last Falafal was fading fast- I slipped one in while I was in Malaga the previous night, review to come later. Hint- disappointing. I was staying with a old man and his seven dogs, in the Montes of Malaga. He didn’t have a car.

“Are you vegan?” The old man barked at me, making me jump slightly as we waited for a taxi to arrive to take us to his small rural house and eco project.

“Well, yes, sort of, you know, I’m not strict…” I gabbled nervously with a smile.

“Why not? It’s easy!” He shouted, brushing aside my pathetic excuses. “Just ask for different tapas of course!” We arrived at his house and after greeting all the dogs and showing me the grounds, we got straight on to it.

“Do you like falafel?” His next question startled me. I hadn’t thought it would be this easy. But luck was on my side. It turned out that not only was I staying with whom must be one of the only 70 year old ‘critical vegans’ in Southern Spain, but that he was an Israeli one to boot. And he loved to make falafel.

The universe knew. You can take the falafel away from the girl, but you can’t prevent the girl from making falafel. Or whatever the expression is.

Here is the recipe we used, and I can honestly affirm that this was the best falafel that I have ever had. And it is totally, 100% vegan.

Ground Cumin (3 teaspoons or to taste)

3 cups of Chickpeas (garbanzos) or other mixed dry beans, soaked for 12 hours

We started by picking fresh parsley (perejil) and coriander (cilantro) from his herb garden. We used a lot more than I thought, 2 large hand fulls of each. We drained the chickpeas of water and put them in a bowl. We made up a mix of spices in his spice grinder, which consisted of dried chili pepper, cumin and salt. We then used a burger maker machine (that he bragged he had found in the bin down the road) to mix all the remaining ingredients together, except for the water, bit by bit. You can also use a good quality blender to have the same effect. Which probably would have been better as our machine broke after about 3/4 of the mix. We added water for consistency and I noticed that the falafel was a lovely green colour, due to the parsley and coriander. When all was mixed, we punched the mixture down with a pestle to make the falafel firm. We left it for exactly 20 minutes.

When the mixture was ready, we made small balls, about the size of thumb and forefinger, and pressed them down so they were slightly flat. We heated the deep pan of oil (you can use any oil but we used olive) which was about half full of oil until it was at temperature. We used a special stick for this but you can just make sure its at the right temperature by having a go.

Once the falafel is in the oil it should only take a minute to turn brown, and you have to be quite quick to scoop it out and put it onto a plate, lined with kitchen towel. For this reason I would suggest only popping 3 or 4 in at a time. Once all cooked and out, pat them dry and voila, you have falafel!

The falafel should be crisp on the outside and perfectly juicy on the inside. My mouth is watering just thinking about it.

Normally the smugness comes after I have drunkenly finished a whole falafel, but this time, as soon as I bit into the perfectly formed crispy brown balls I felt a sense of over whelming achievement. It was possibly the biggest success of my life, in fact.

We made a slightly unusual avocado based dressing to go with it and some oat and wholewheat chapatis.

juice of a large lemon

Mash/blend avocados, lemon juice, garlic, salt and pepper together. Add generous amount of olive oil and mix well. Sprinkle with cumin, zatar and chili powder into a pretty pattern, adding black olives for decoration. You can also eat the decoration.

Of course, you can use whatever dressing you like. I like Baba Ganoush, but Hummus and tahini dressings are the more standard choices. Eat with pita or any thin flat bread, add your own fresh salad, or alternatively just enjoy as they are dipped in the sauce.

Unfortunately the man I was staying with hated technology so I wasn’t able to take any photos of the process so you will have to use your imagination.

And here are some of the puppies. 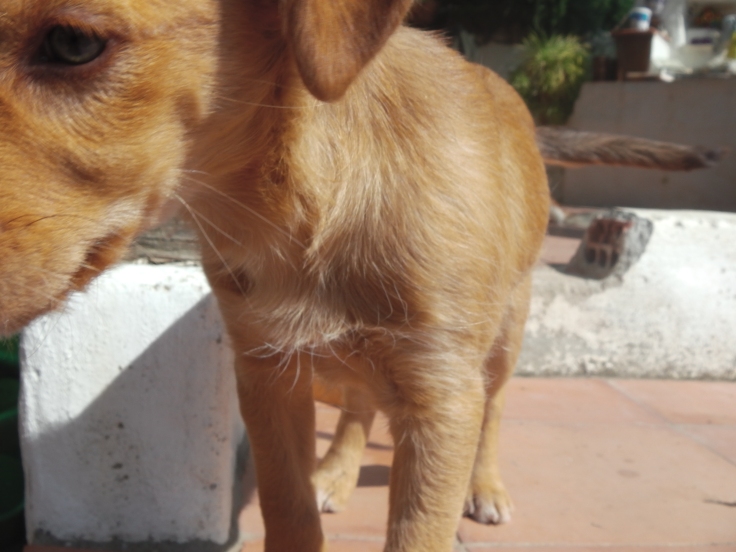 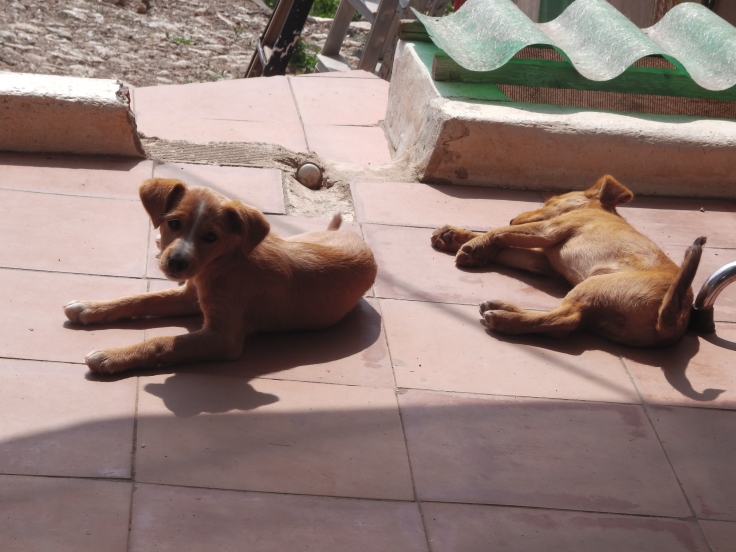 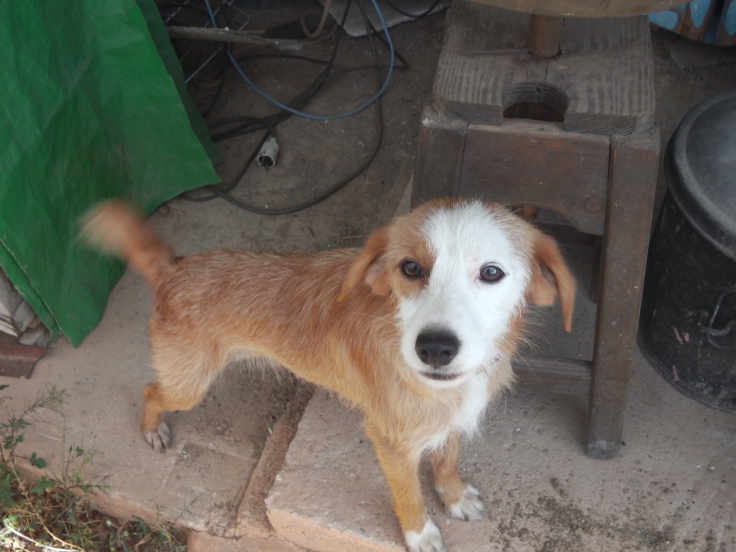