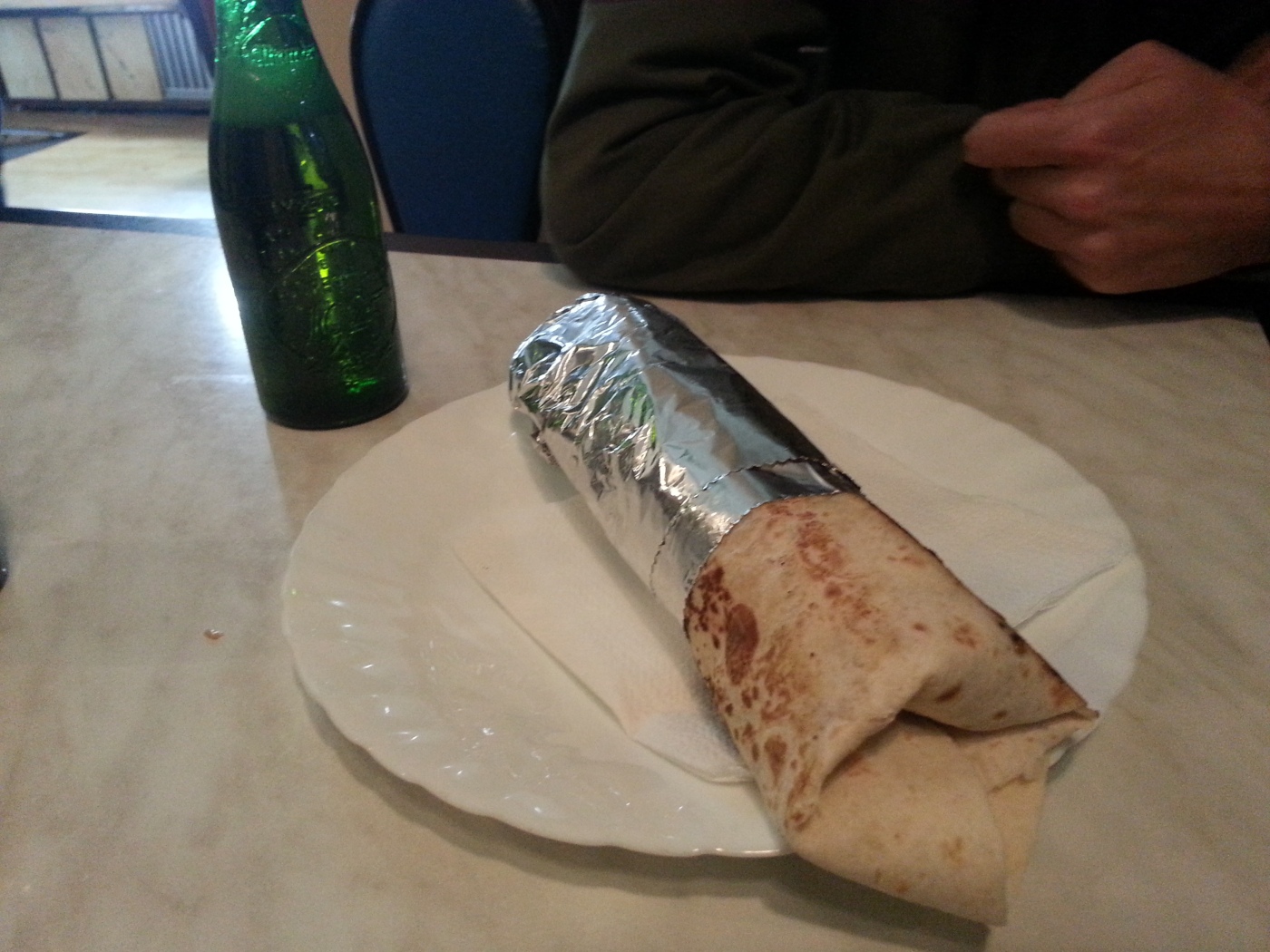 Many thanks to our friend Ken for this review, and for being our first guest contributor!
Kebab de la Fami
Calle Elvira
Granada

It has proven to be a challenge choosing between around 10 establishments serving falafel in calle Elvira, Granada, because they all offer pretty much the same snacks for the same prices (RMF’s note: No two falafels are the same! Heathen!). Personally if I happen to stumble into one of those it’s after midnight, and by that time I’ll have built up a nice buzz already having appetizers in various places.

Let me describe the place that I had chosen on this particular night: ‘Kebab de la Fami’.

This suggested a familiar homely environment, but the usual setting in these places – if they are bigger than a stall – seems to consist of one or several widescreen TV’s, usually put there to keep the respective employee from falling asleep, and maybe stop customers from getting annoyed or having anxiety attacks while waiting for their food to be produced.

As the nice attendant smiled invitingly, I noticed that the place was fully licensed: beer on tap and even spirits, which is quite exceptional I must say.

I ordered a cerveza (beer), along with my pimped version of a normal falafel called the ‘Royal’, which mostly delivered on its promise by being bigger than the normal 2,50 euro one and having some extras – an egg and some cheese. I asked to leave the raw onions out, which is of course a matter of personal taste.

As far as salad went I was quite pleased. Everything that is to be expected was there in abundance and in a fresh state (lettuce, sweetcorn, carrots, etc.).

The counter seemed packed with stacks of freshly made falafel balls, so that was promising until –as happens almost everywhere – he shoved two of them into a microwave. Apart from that the taste was nice and they were moist enough on the inside, but of course the microwaving had ruined all potential crispiness. 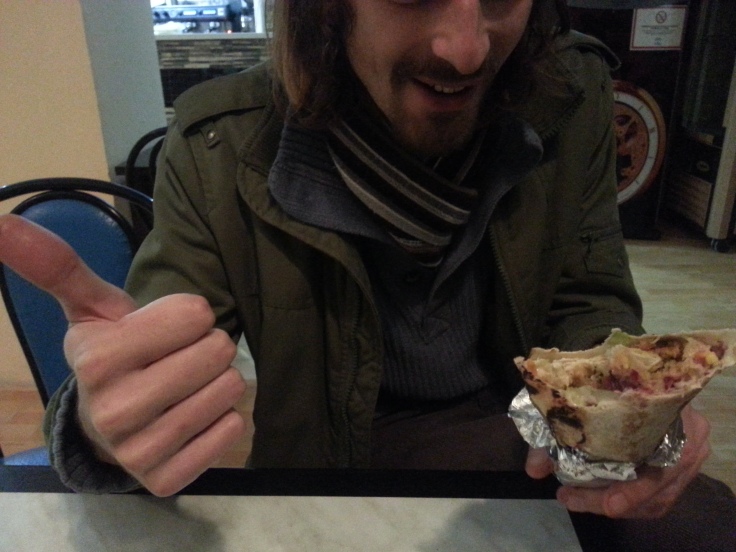 The sauce was enjoyable, but definitely more based on garlic and/or mayonaise than yoghurt, which would have been heavenly. I was enjoying the company and the drink and left with a full belly and a satisfied feeling, mounting the hill towards my house, so overall it was a satisfying experience.

If you would like to submit your own reviews, you can send us an email to : cvbrown22@gmail.com. Besos!